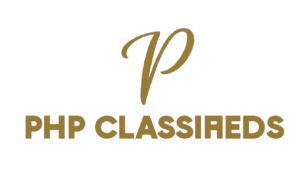 SiriusXM-owned Pandora is partnering with SoundCloud to launch “The Lookout by SoundCloud,” a new station available on Pandora that aims to showcase music from the “hip hop superstars of tomorrow.” Today’s announcement comes as Pandora’s parent company, SiriusXM, recently partnered with SoundCloud to launch a show of the same name on its Hip-Hop Nation channel. It’s no surprise that SiriusXM is joining forces with SoundCloud across its properties, as the company invested $75 million in SoundCloud last year.

“With a hit slot on SiriusXM’s Hip-Hop Nation and now a new home on Pandora, SoundCloud’s top playlist, ‘The Lookout’, is the go-to source with the largest digital audio reach for fans to discover the best in breaking hip hop,” said R. Caiaffa, the interim head of music at SoundCloud, in a statement. “Joining forces with Pandora to expand ‘The Lookout by SoundCloud’ amps up our shared commitment to help the emerging hip-hop artist community to get heard and discovered.”

The new station originates from one of SoundCloud’s most popular playlists, ‘The Lookout,’ which launched in 2019. The playlist has since become a popular destination for discovering the next generation of rising stars in hip hop.

SiriusXM notes that The Lookout has spotlighted some of today’s biggest artists in hip hop before they became household names, including Pop Smoke, Megan Thee Stallion, Roddy Ricch, Rod Wave and more.

It’s clear that SiriusXM is looking to attract more younger listeners across its offerings with its various partnerships with SoundCloud. Additionally, SiriusXM recently launched a TikTok Radio channel, which features TikTok creators as channel hosts, in another push to capture a younger audience. The station is designed to sound like a radio version of TikTok’s “For You” feed.

Over the last few years, SiriusXM and Pandora have also struck deals with Simplecast and Stitcher to become more competitive in both music and podcast streaming. Most recently, SiriusXM partnered with audio entertainment production studio Audio Up to develop new original scripted podcasts.